“Think Science” aims at enriching the scientific knowledge of our students. It is not just the syllabus that helps us understand. A student must be aware of the current scientific stand to accomplish his dreams in the field of science. This is an attempt to keep the website viewers updated with the information. Keep checking this page regularly for more updates. 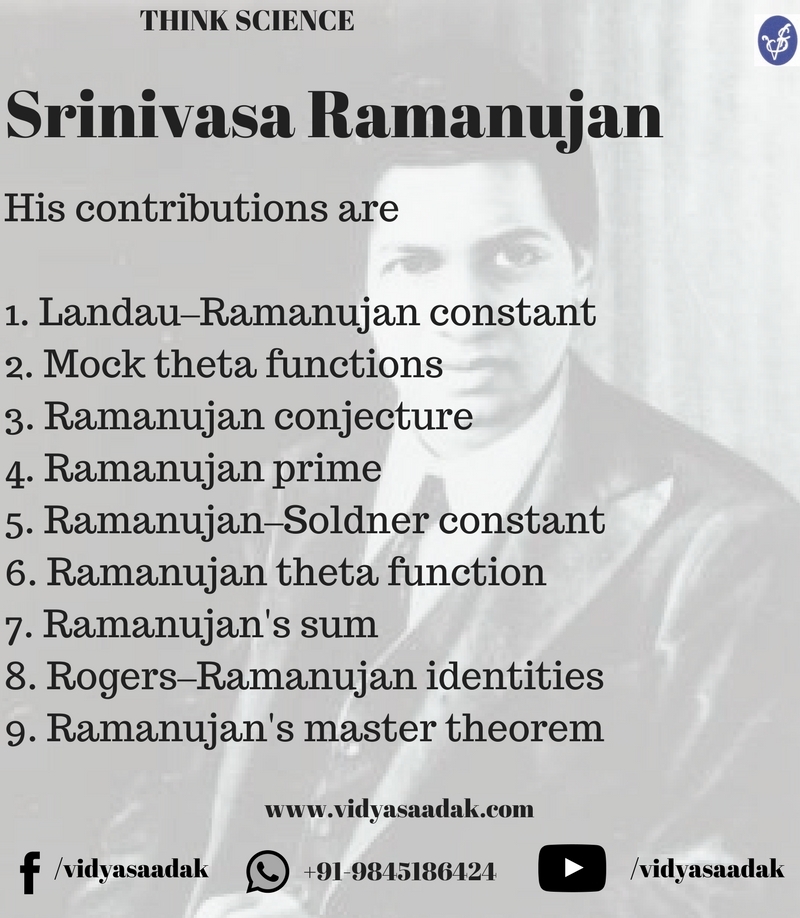 The Landau–Ramanujan constant is a number that occurs in a theorem stating that for large x, the number of positive integers below x that are the sum of two square numbers. The constant is named after its discoverers, Edmund Landau and Srinivasa Ramanujan. In mathematics, a mock modular form is the holomorphic part of a harmonic weak Maass form, and a mock theta function is essentially a mock modular form of weight 1/2. The first examples of mock theta functions were described by Srinivasa Ramanujan in his last 1920 letter to G. H. Hardy and in his lost notebook. The generalized Ramanujan conjecture or Ramanujan–Petersson conjecture, introduced by Petersson (1930), is a generalization to other modular forms or automorphic forms. A Ramanujan prime is a prime number that satisfies a result proven by Srinivasa Ramanujan relating to the prime-counting function. In mathematics, particularly q-analog theory, the Ramanujan theta function generalizes the form of the Jacobi theta functions, while capturing their general properties. In particular, the Jacobi triple product takes on a particularly elegant form when written in terms of the Ramanujan theta. The function is named after Srinivasa Ramanujan. Ramanujan’s master theorem (named after Srinivasa Ramanujan[1]) is a technique that provides an analytic expression for the Mellin transform of an analytic function.